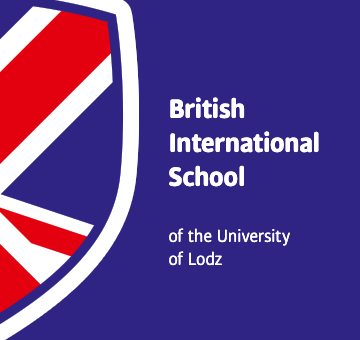 A decade ago, Łódź was a completely different place. Then, as the most centrally-located city on the map of Poland, it began to attract more foreign capital. The top priority for the economic development of Łódź was to promote modern business sectors such as business service centres (BPO and IT), biotechnology, and the development of product manufacture. It is noteworthy that several Łódź–based manufacturing companies decided to open a back office or an R&D centre.

Numerous multinational companies started to open up and the first flow of foreigners came. Many of them fell in love with Łódź and its rich cultural history, but they were faced with an impossible dilemma – there were no schools in the region that could provide an international education for their children.

What appeared to be a problem to some seemed like an opportunity to others, especially when Łódź grew in prominence on the business stage in Poland. In 2013, Łódź businessmen Mr. Amit Lath and Mr. Pradyot Sinha, who wished for children of expats to have a British-style education, presented the opportunity to Łódź’s Mayor, Mrs. Hanna Zdanowska. It was her idea to invite the University of Łódź – represented by the Chancellor Mr. Rafal Majda – to the discussion. Within two weeks, The British International School of the University of Łódź was established.

The number of students grew very quickly as word of the new school spread. Within just seven years, the number increased from 13 to 145, from over 20 nationalities. Every year brought new students, warm memories, and experiences. To accommodate the ever-growing number of students, British School finally had to move from the university campus on Matejki to a new location at Fabryczna 4.

Being a part of the University of Łódź has helped the British School to grow by over 1000% in the short period since its foundation. Enjoying access to the university premises, laboratories, gym, and even the university’s intellectual powerhouse seemed to be the crucial component of that growth.

On its road to success, the school is indebted to some wonderful institutions – University of Łódź, Special Economic Zone and the Mayor’s Office, and individuals such as Hanna Zdanowska, Rafał Majda, Tomasz Sadzyński, Adam Trim and Magda Matz amongst many others who have worked hard to make it the school it is today.

The efforts of the University and the School has been appreciated by the parents and our pupils, some of whom have been with us right from the very beginning!